It feels like I was just blogging from Ogunquit that I needed a sabbatical until the new year, and... WHOOSH!! It's the New Year! What the heck happened?! Well, in all fairness, I had not intended to spend the time-off shutting down my store! That kind of came out of the blue. We can talk more about that on another day.

Here's a rundown of the holidays that were... 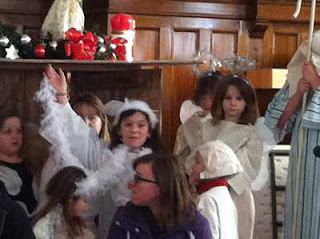 Christmas Pageant Rehearsal. Yes, that sweet looking little angel on the right is my Lilah... this photo captures the only time she was actually on stage. She became known as the "Angel in the Outfield". She threw a noisy fit just before the real production, that night, and spent the entire time running laps around the church. When it was all over she was the perfect child handing out tiny gauze bags that she had spent the afternoon filling with teeny glass hearts. Perhaps the spirit of Christmas IS all about giving? Her brother, on the other hand, was supposed to be the director for the play. HE had spent the past 24 hours puking, so we just left him home until the last minute. Ah, drama. 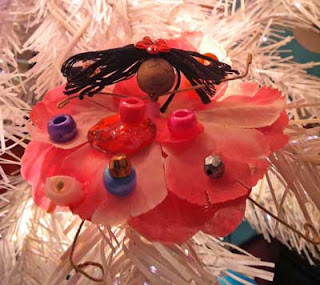 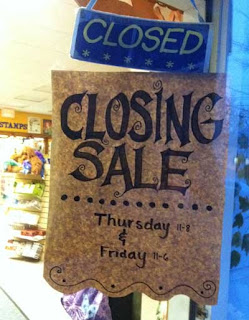 All my Christmas spirit was spent emptying out the store. The sale went really well and a few of the people who had taken donations for their groups showed up to help box-up the remaining inventory for World Vision. (Thank you. THANK YOU!) It was all SO crazy that it wasn't until Christmas Eve, when I suddenly realized I was all alone. Gulp. I've always felt Xmas Eve to be a very lonely time, but this was the first I had ever truly been all alone. Just me and Snoopy. I will never, NEVER let that happen again. Sunday wasn't quite as bad because my mother came over and we opened the presents we had bought for ourselves, very slowly. Also a first. 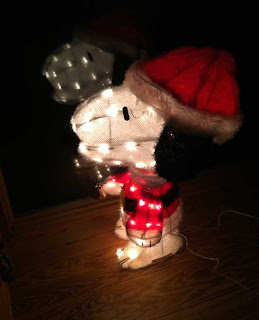 I got the kids back on Wednesday and we proceeded to combine all the winter holidays into one. I had set up a purple tree in the living room with Pinkalicious strapped to the top as our angel. It looked really pretty! Until one morning... I was fast asleep and my son yelled, "Mom, three bad things. The cat knocked over the tree and the balls are smashed all over the floor. She threw up all over the rug... and I have a doctor's appointment in 15 minutes." Bah humbug! 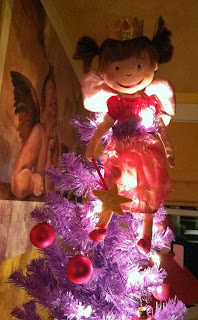 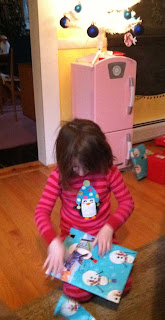 Our New Year's Eve-Day was also our Christmas morning.

I always get my son an unusual musical instrument for Christmas. This year, it was a Melodica. A weird little piano type thing that you blow into. Yes, it IS a real instrument. When he first tried it out, it sounded like a traffic jam. But within a half hour, he had figured it out and said something about "tongue-ing" (I don't really want to know). He could make it change from sounding like an organ, to a bagpipe, an accordian to a flute! It was magical when he played the Dance of the Flowers from the Nutcracker and it could play the flute-y bits at the same time as the organ-y bits. You know the "doodoo-doo-doo-DOO-doo" parts? I was really impressed. He played with it for hours and we finally banished him to the music room, with the doors CLOSED.

I think I have mentioned before that teenagers are like vampires - they don't show up in photos? I did catch one of Alex (above) but he always seems to close his eyes in pics lately. He must believe that if he can't see me, then I can't see him? Lilah, on the other hand, is always out of focus or wrong end up, in my photos. She is constantly vibrating and as hard to capture on film as a hummingbird.

She got EXACTLY what she asked Santa for - and then threw a fit because she preferred the toy that Santa had brought ME! I totally did NOT want to trade my complete set of mini-Lalaloopsies for her light-up, talking, winged My-Pretty-Pony, "Celestia"! I liked her  braidable hair and cool wings, but I don't like toys that talk. This one said things like, "I am SO beautiful!" I wanted to smack the toy. She also said, what I could have sworn was "My breasts are SO pretty!" Hours later, I finally realized she was saying "My BARRETTES are SO pretty." Yowza. Another reminder of why I wanted to design toys... 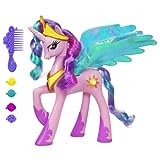 I had a lot of fun with my kids, and I admit, I prefer having them on the holidays to NOT having them. But as my sabbatical clock ticked away to midnight and we played "just ONE more game of Sleeping Queens..." I started counting down the hours until their dad came and picked them up! (Was that just this morning!?)
Now my head is whizzing with excitement and panic for all the "stuff" happening in the next few months:

My new Tangled Fashionista book is due soon.
I'm going to CHA in Anaheim to demo in the Fox Chapel/Design Originals' booth.
I have to start work on a new project for Fox Chapel - actually, it has three parts, and then a new book too (hyperventilating here...)
A big workshop for 40 parents and kids at Concord Public Library.
Brainstorm new ideas for a new biz to take the place of Wingdoodle.
Playing around with the idea of re-starting my stamp company.
Oh! And I'm doing a Zentangle Retreat in March up in Ogunquit, Maine!
More on that in a future post. 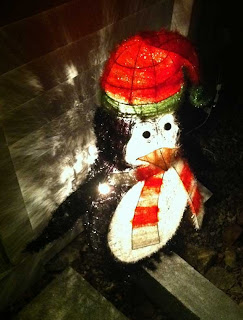