The next step in the evolutionary process for The BeeHive... let people know when it is open?

I was right to just open the studio and then figure out how it was going to work. Some changes are unpredictable, but others make complete sense. After being asked a hundred times, "When are you open?" I finally realized I needed another sign! Staples agreed with me and offered a special deal on ginormous banners. How could I resist?

I designed the banner with a big, empty space on the left side so I could tangle it by hand. I thought it might be hard to get around to actually doing the work, but this weekend, Lilah and I unrolled the banner - and it completely covered the classroom table! What really inspired me to start was Lilah begging me to let HER do it!

"No! Mine!" I shouted. I was suddenly inspired. 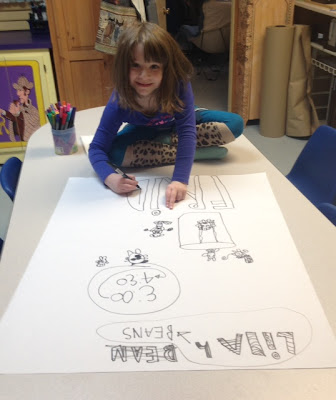 but those little Lilah Beans always sneak into my Zentangles! 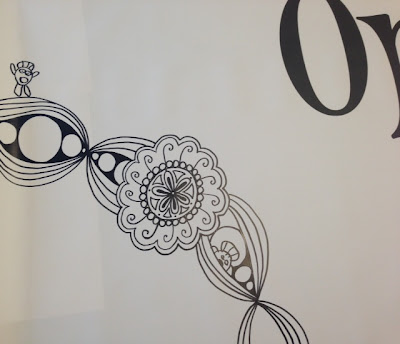 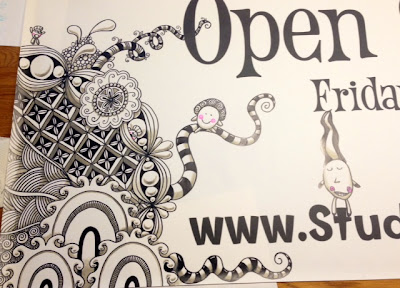 I just realized now, as I'm writing this, that the giant Lilah Bean on the "T" is special! Lilah not only designed it to stand on the crossbars of the "T", but she also gave it the fancy hair that MY Lilah Beans love. We call it the "soft-serve, Bride-of-Fankenstein hair." And this one looks so peaceful... so zen. And so well-balanced. Hmmm.

Ah well, good thing they're cute. And these particular Beans were incredibly well-behaved compared to the ones on Lilah's sign.

If you are wondering why this is so startling to me, here is a picture of the child who drew the Zen Bean... 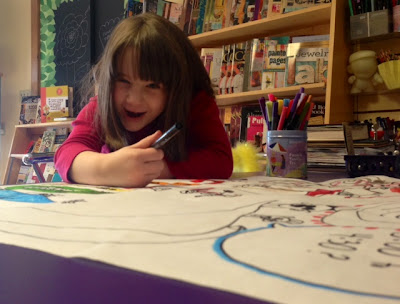 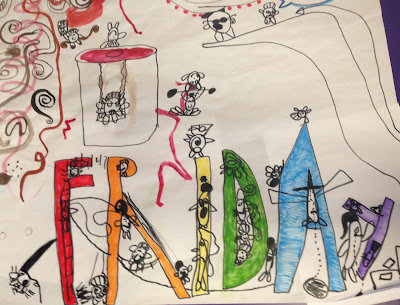 One might get the idea that The BeeHive is now "All Lilah Beans, All the Time!" But Lilah made it very clear that it is only "Fridays" and only between "3:00 to 4:30." If you would like to see more of the Lilah Beans from her sign - they are really clever - take a look at the post on the ZT for Kidz site, "The Lilah Beans are IN the Building!" 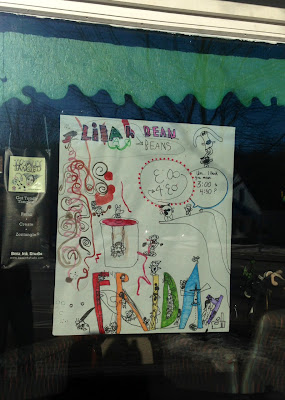 Here are the finished signs - I love them both! 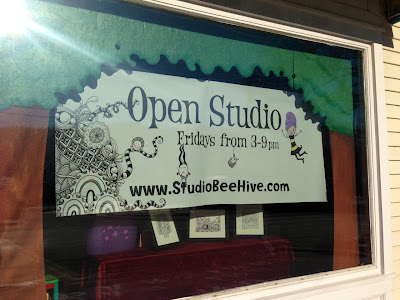 Posted by Sandy Steen Bartholomew at 10:29 AM