I thought that three weeks in which to do ONE homework assignment would be a great improvement over the weekly grind that was the Make Art That Sells class I did for most of last year. This "easier" class is also by Lilla Rogers and is the MATS Bootcamp.

Somehow the assignments are actually harder! But I finished the first one just now... with just two days to spare. Close one!

The assignment was to design a cell phone case using a cuckoo clock motif. While I was doing my research of real cuckoo clocks, I was so struck by the resemblance between the dangling pine cones... and mummies. My brain went off in the Egyptian direction. I hope this works... at the least, it amused me! I made the sketch during a long meeting at church. When I had sketched out the hieroglyphs, I passed my sketchbook over to my son and raised my eyebrows.

He stared at the glyphs for a minute then said. "its abt tym?"

"Yes," I said. "I thought about using a little ew-bird between the b and the t... but then it would be "ab-oot". And that would make it Canadian-Egyptian!" And we proceeded to snicker loudly.

Is there a word for a linguistic-geek? 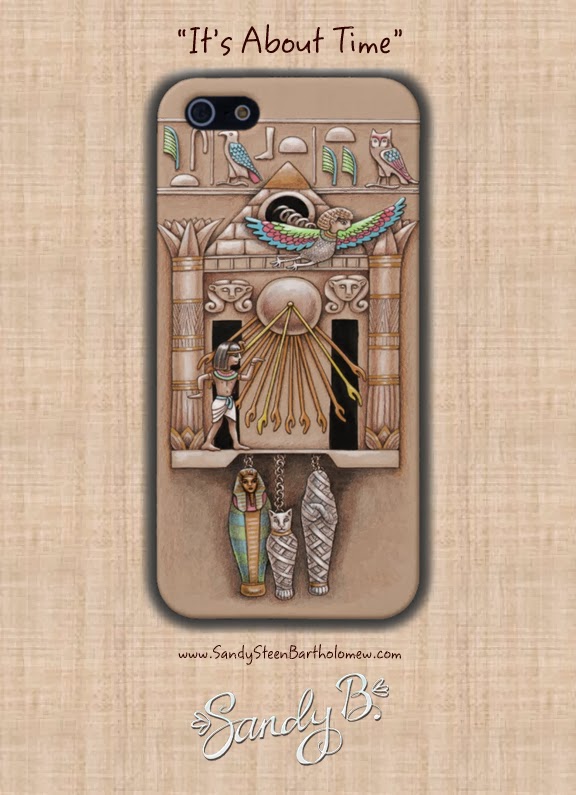 To make sure that it worked on a real phone cover, I went and created one on Zazzle. I think it looks really cool, so I posted it for sale! 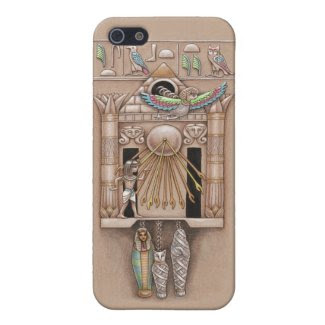