If there were an AP test for Comic Book Design... today would have been that exam.

We spent the morning learning the Old School (photocopies) and the New School (InDesign and Photoshop) methods of creating the actual, printed and bound, comic books.

Then, after lunch, we got really serious!

We learned about World designing. We created the history, economy, fashion, language, flora and fauna for a town known as "Danceylvania" (rhymes with "Transylvania"). Everything had a dance theme or pun and a touch of the sinister. 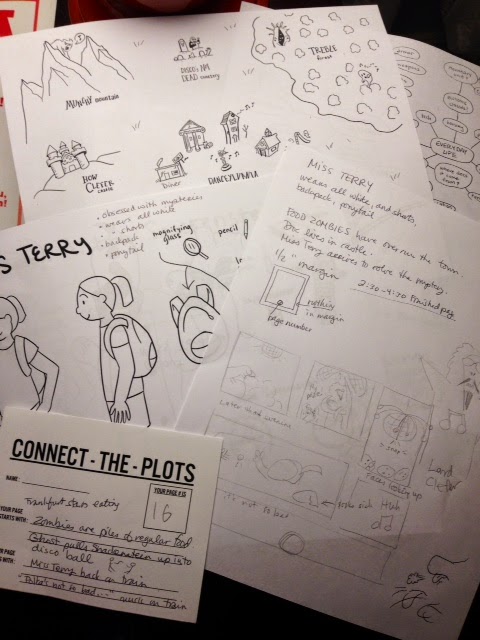 Next, we were given some characters, the main one being Miss Terry, a young sleuth, as well as the villain, some Zombie food invading the Danceylvania town, and the title... "Miss Terry and the Midnight Snack". And then we were each assigned a page number (I was 16 - that's the last page of the comic!) We ALL brainstormed and worked our way through each page determining where each page began and ended in the plotline. The best part happened when the teachers all "performed" the story back to us. It was so funny - I wish it had been videotaped.

At 4:30pm they yelled "Pens down!" And we all ran for the bathroom and then trudged off to dinner.

When we returned, it was to learn about silkscreening the covers. They had been photocopied onto purple paper and then we screen-printed the white letters and details on top. The white glows in the dark!!! How cool is that? 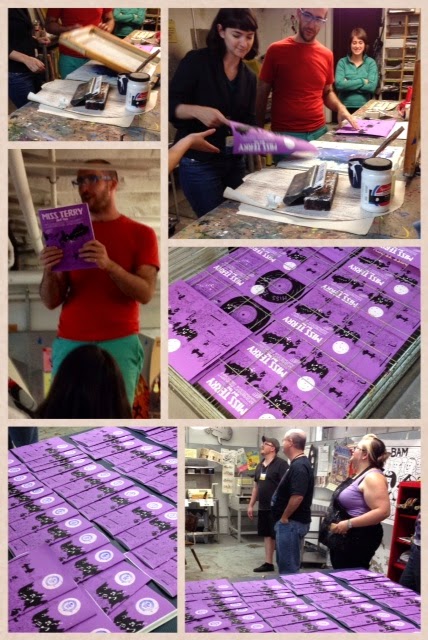 After our assembly line... assembling the comics... we gawked at our masterpieces laid out on the ping-pong table. So beautiful.... sigh. BUT we were NOT allowed to take a copy. No, no. Tomorrow we would get them. I think it's to ensure that everyone shows up for the last class! Good thinking.
Shown above are our teachers, John Chad, in orange shirt, and, in purple, Beth Hetland (who teaches at the Art Institute in Chicago).

Isn't it just SO beautiful!? 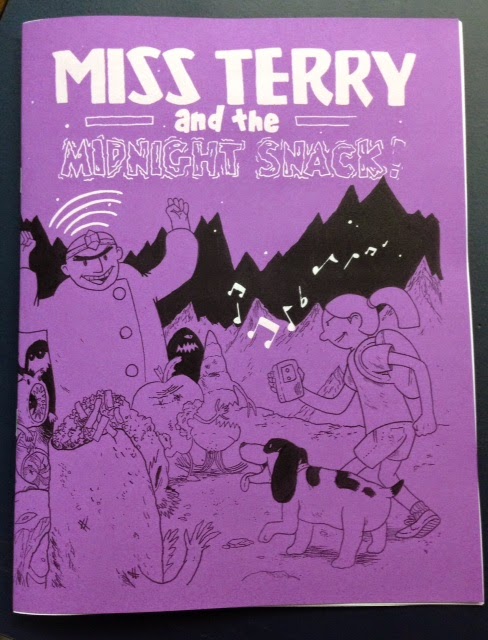 Tune in tomorrow to see scandalous interior shots!
And learn the secrets revealed during the critique. Oooo, tremble. ;-)
Posted by Sandy Steen Bartholomew at 10:56 PM