Today we did nothing - it seemed - but stand in line and wait. Compared to yesterday - where we never stopped moving and stuffed our heads with information - today was infinitely more exhausting.

Some days, burying your head in a drawer really is the best option. 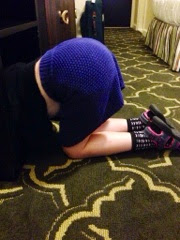 Cool pattern on the rug, though, eh?

And the ceilings had amazing patterns. And the lobby rugs. And lamps. 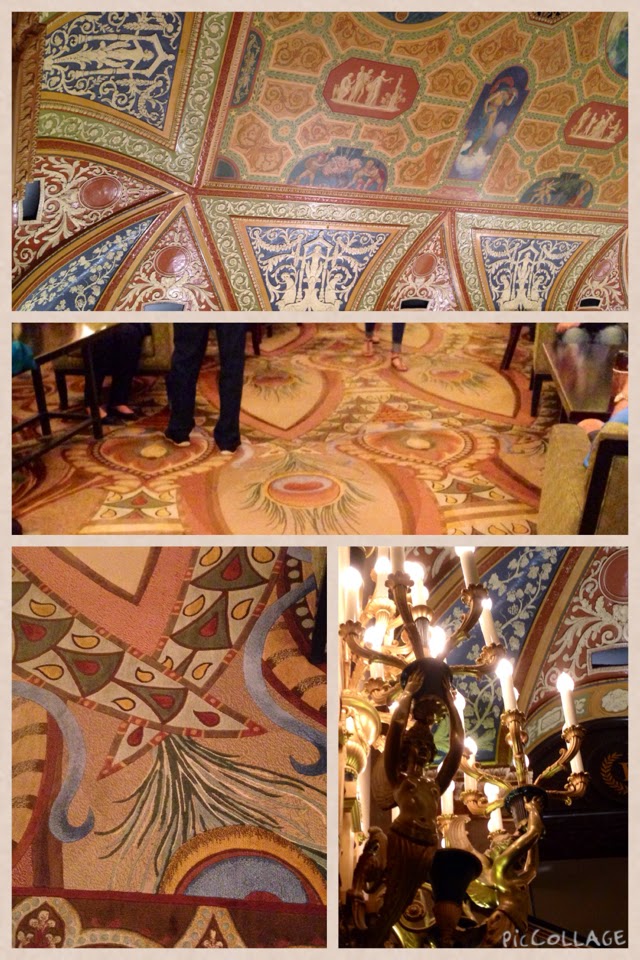 Anyway - we checked out of the Palmer House Hotel and had an adventure finding a locker at Union Station to stow our suitcases in. (Did you know they use fingerprints instead of keys now?!) We figured two hours would be plenty... Then we walked back to the Willis Tower (formerly known as the Sears Tower) to see the views from the SkyDeck. 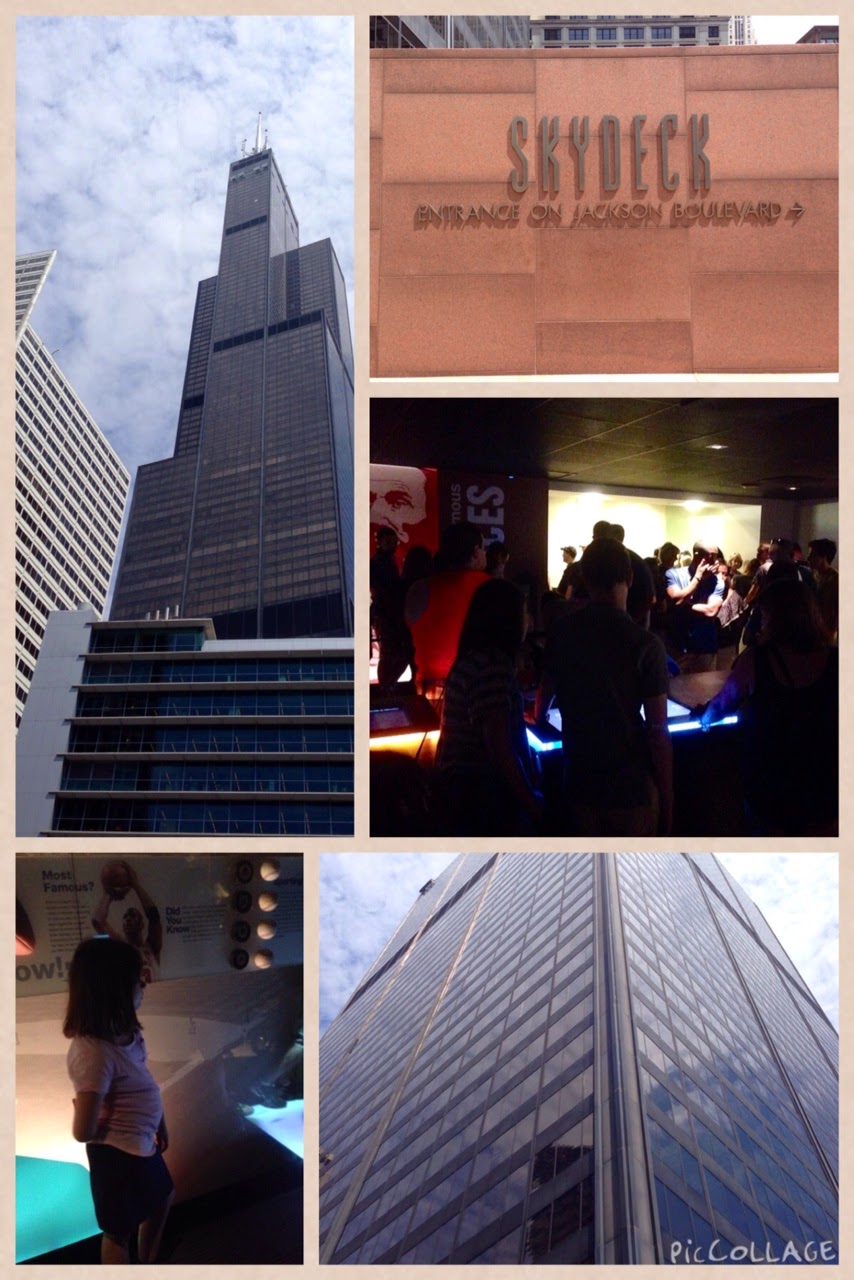 I wish we had skipped the experience. It sucked. Well, the view is probably astounding, but getting there is not half the fun. We waited in lines for a down elevator, to get through security, to buy tickets, to go through a hallway, to wait to get in to a theatre... Each room got successively darker. The kids lost their patience. All the kids in the room lost their patience...  When I realized we were no closer to getting on the Up elevator and that our two hour locker rental was almost up... I lost my patience. We backtracked through the maze and fled the building. The bustling city felt wide open and we sucked in the bright, fresh air! We now had a whole new perspective on the city and we didn't even need to see it from above.

Waiting to board the train seemed like a piece of cake in comparison. And it was with mixed emotions that we watched the tower fade into the distance. 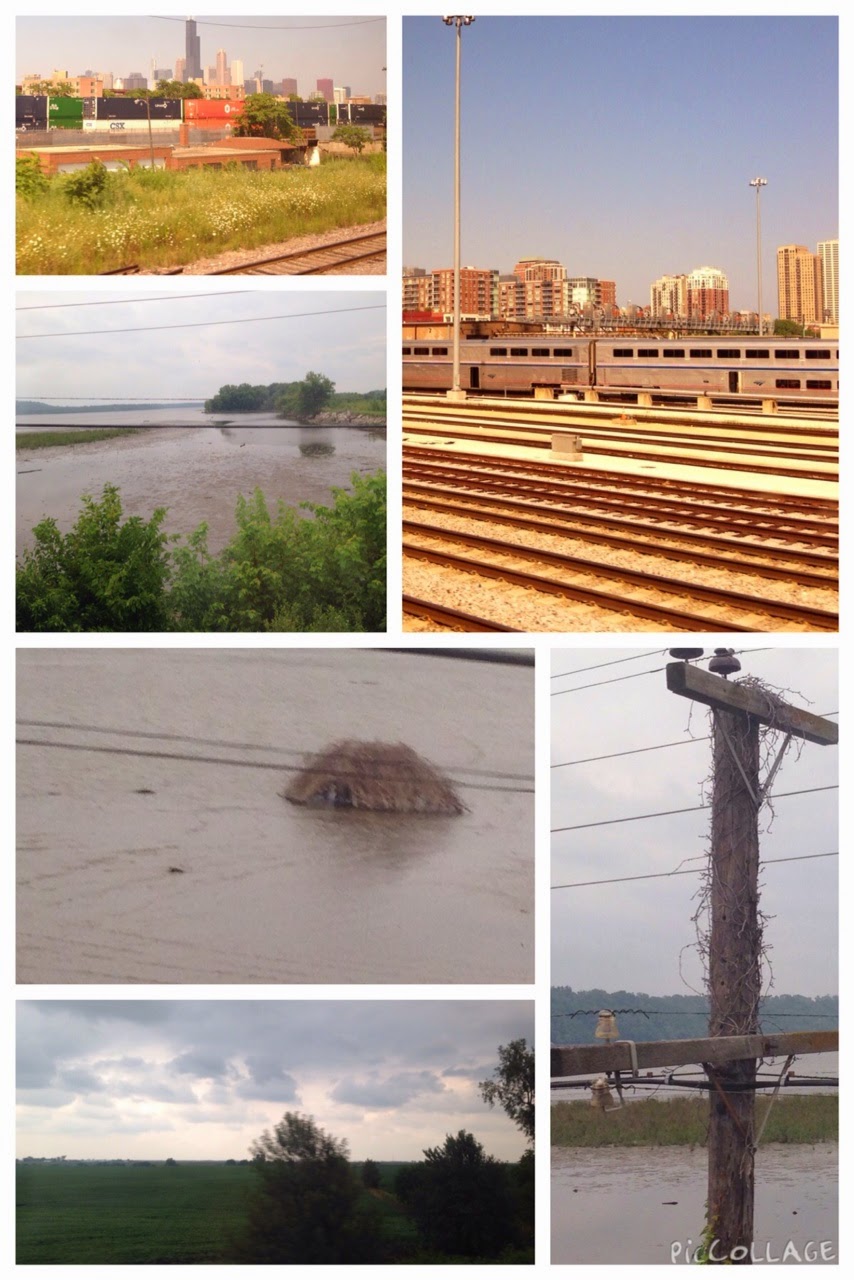 It is fascinating to see the landscape change from farms and corn fields to the swampy Mississippi River. And a beaver dam! Charming little brick towns in the middle of nowhere to Kansas City (which we just left now). As an aside, Lilah is reading through all the Oz books. Yesterday we learned all about cyclones at the science museum and today we rode through Dorothy's backyard on this train. By the end of this trip, with the Grand Canyon and all, we will have topped Lilah's impending second grade curriculum. Maybe she can test out and move on to third grade? ;-)

Dinner in the dining car was a blast. The tables have layers of paper and a cup with pens. Lilah asked if it was ok to draw on the table and the steward said "but of course!"  Yeah! So... We did.

Kids menu offered hot dogs or Mac and cheese. I convinced Lilah that the tilapia and green beans was a much yummier choice. And she convinced me (no argument here) to substitute ranch dressing for the herby pesto sauce. 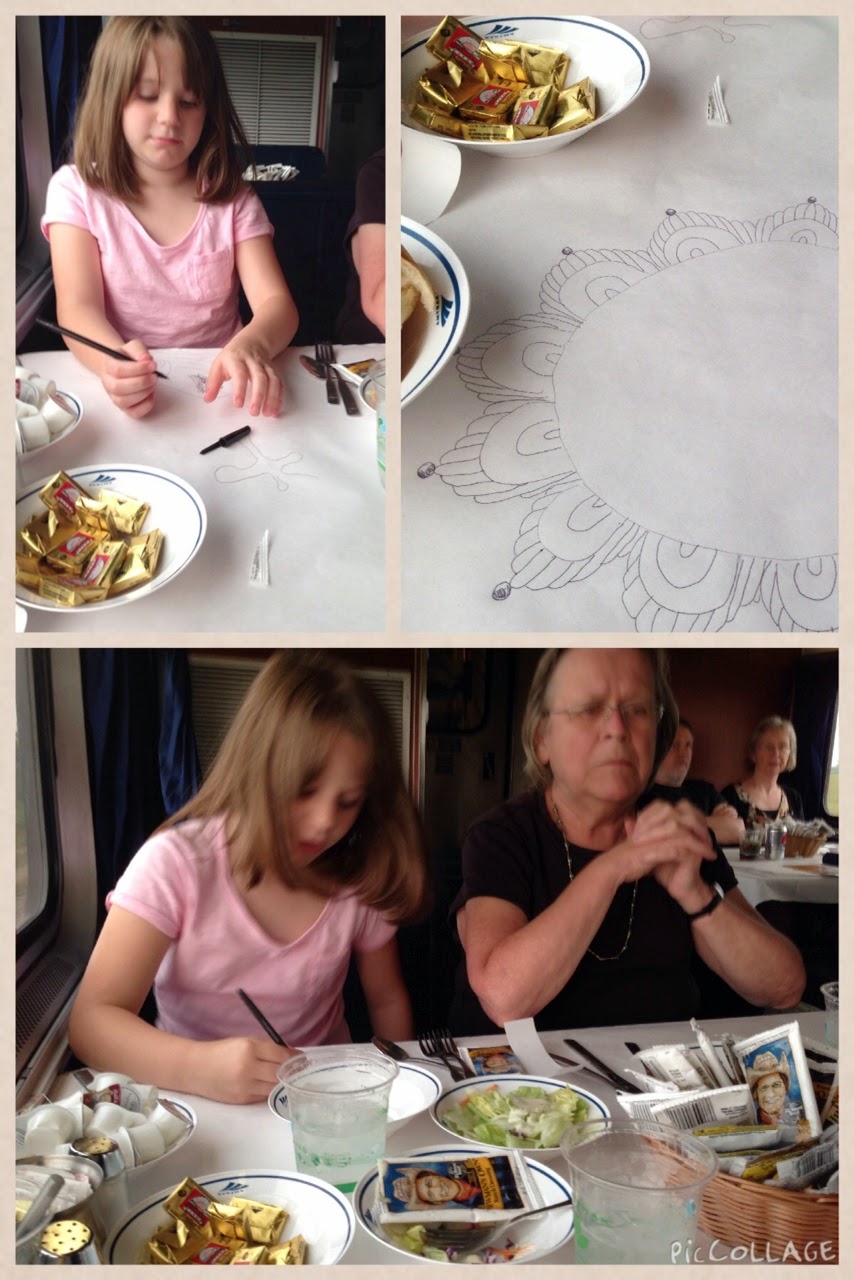 And we dined and drew and argued about "Croc Pox" - whether it's a disease or a fever hot enough to slow cook a meal. If there are alligators in that swamp? Lilah explained how beaver build their dams. We very slowly ate our desserts as we crossed over the Mississippi River. Then, we looked around to see we were the only ones left in the car! 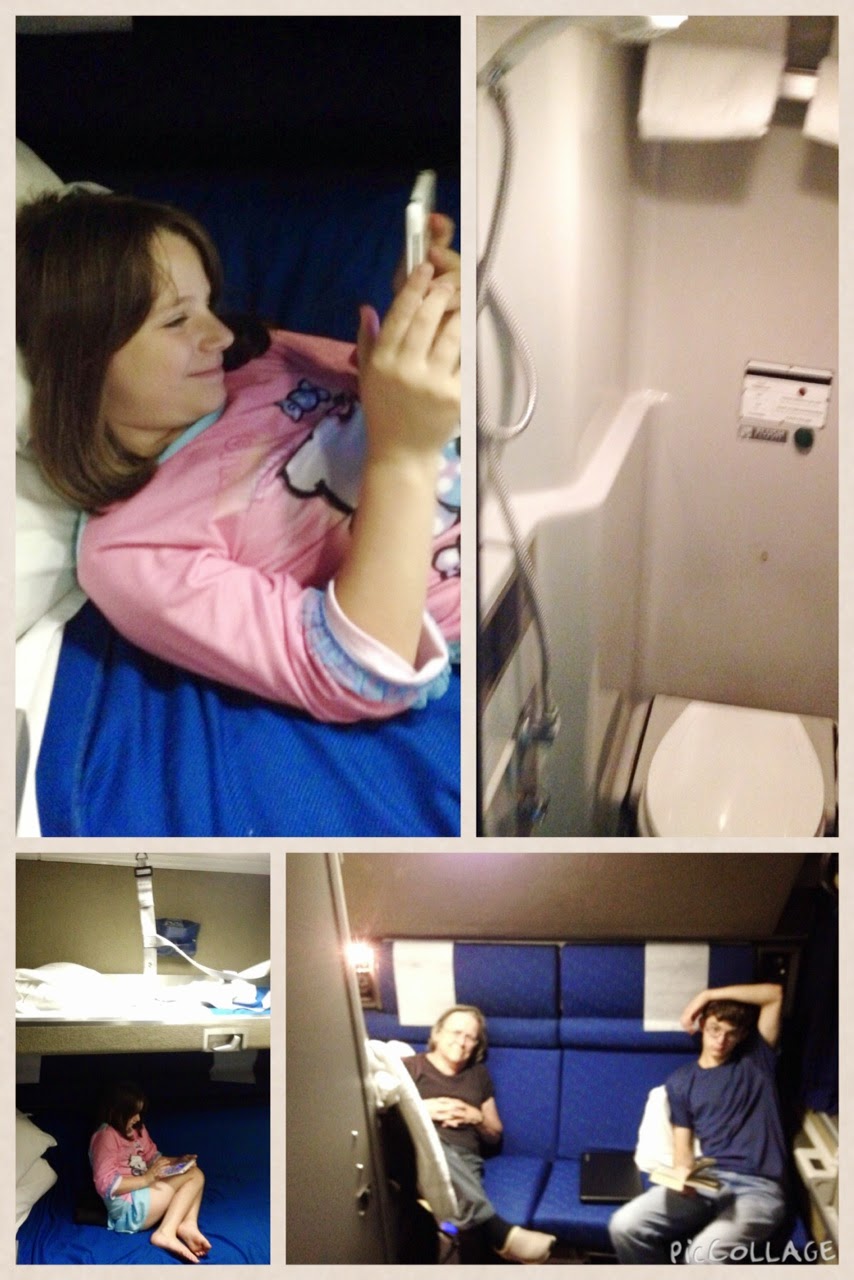 After our rooms were converted for the night, and the kids had climbed up into their shelves... Umm... Beds... There was some concern that the bed was about six inches shorter than Alex... I explained how these rooms are actually considered to be a great luxury! Most people on this train are sleeping upright in airplane type seats. We can lie down. We have our own bathroom with shower. (Granted, you can't move your arms even to reach the toilet paper, but that also means you can't fall when the train rocks.) we have a sink and a box of tissues and, as Lilah noted, a door that locks. We also have an awesome room steward. She left a present for my mom - since this trip is to celebrate my mom's 75th birthday (she adores train travel).

I tried to do some journal stuff, but the train shakes in 5 dimensions. I wanted to make a map to show our progress... 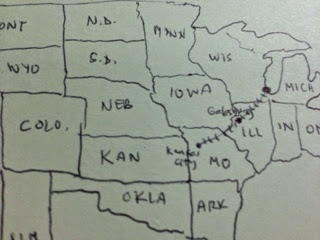 Maybe some of the states are recognizable? What's really cool is tracking it using the iPhone's Map App! Yes, it has a use!  When the kids ask "where are we?" I can say with all authority, "this is Galesville, Illinois. Oops, you missed it!" 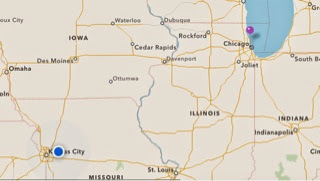 Posted by Sandy Steen Bartholomew at 1:18 AM