We've been cleaning out my mom's house for weeks. This past weekend, my sister, Jen, and her husband came up to help clear out the barn. There were tons of paint cans that needed emptying, so Jen and Brian decided to dump them on sheets of cardboard on our old sandbox. 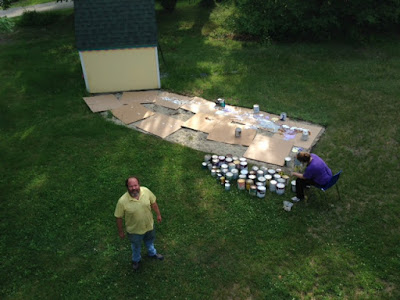 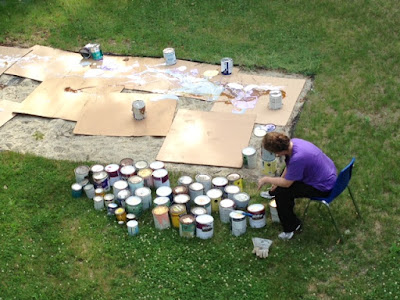 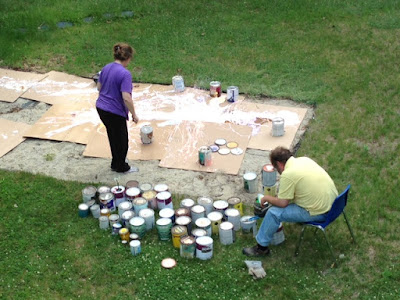 Then Brian brought out a few bottles of Prosecco and the "clean up" became an event! 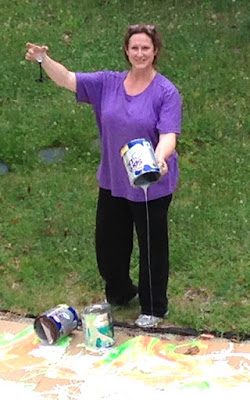 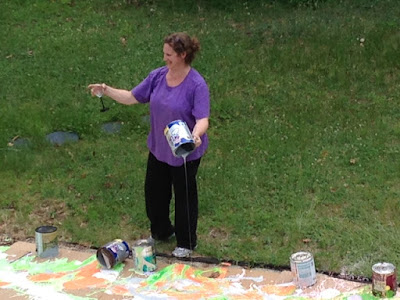 And my sister became Jackson Pollock! 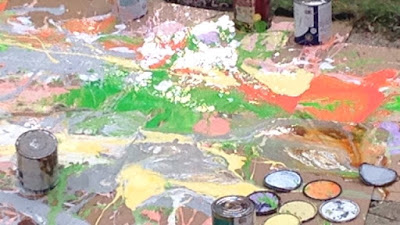 And my mom showed up as the paparazzi... 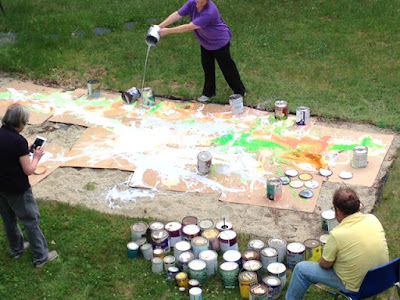 And a neighbor wandered over to see what the fuss was about... 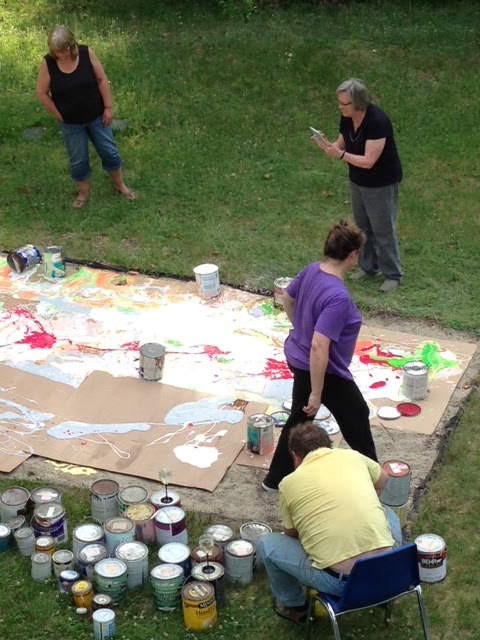 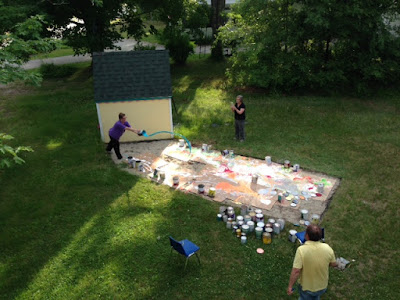 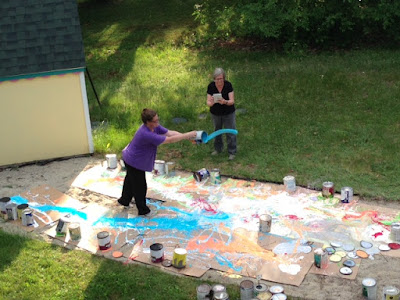 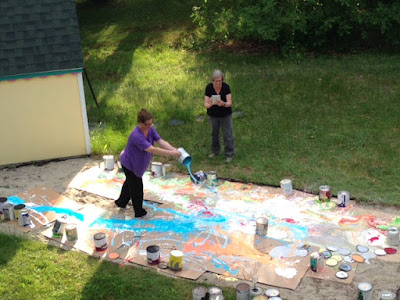 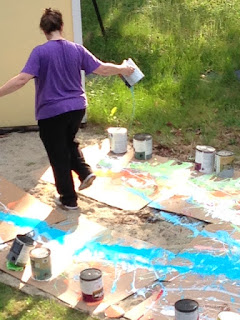 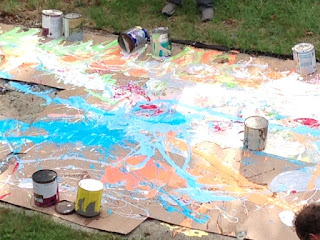 It started to look really pretty! My sister, the photographer, was in heaven. 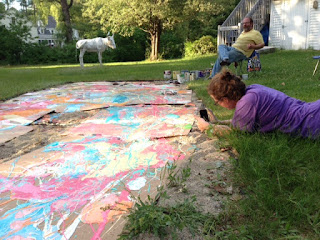 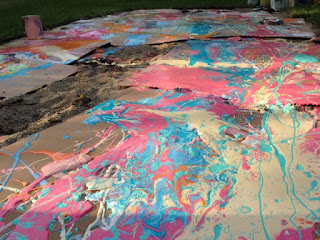 Even her feet looked artsy! 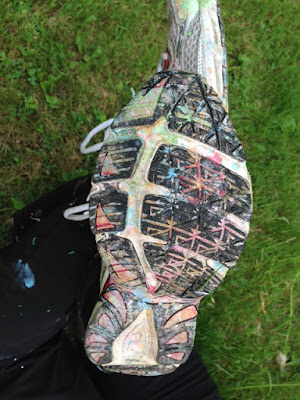 There was a lot of depth and texture to the paintings - some of that paint was really old and thick! 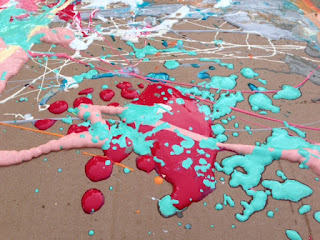 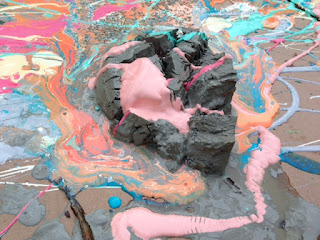 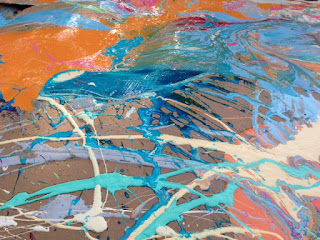 And they tried adding cat litter - but I think that was a mistake. 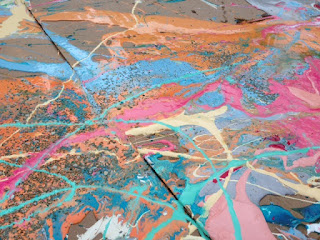 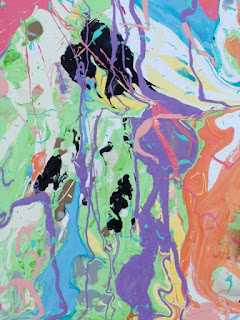 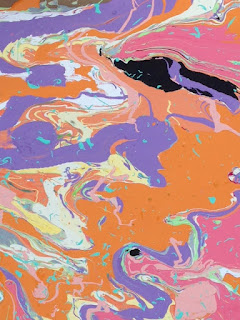 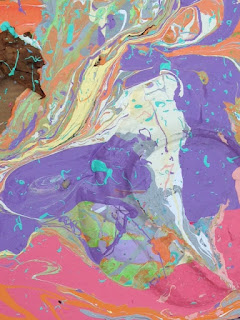 When my friend Debbee, the art teacher, showed up, she was sad to have missed the paint throwing portion of the party, but had the brilliant idea of pulling prints from the splatters. 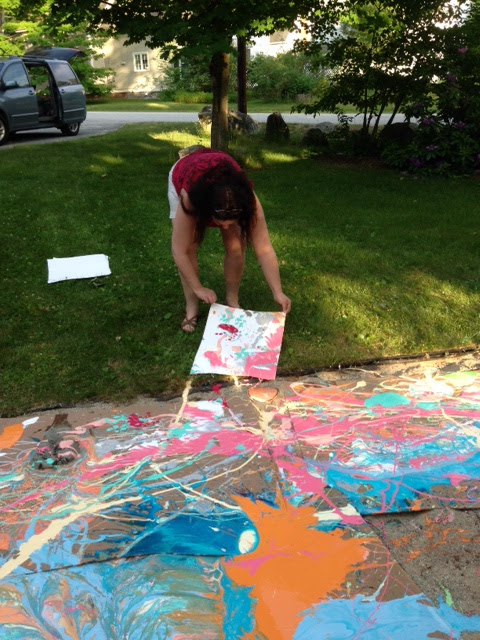 It took a few days for most of the paint to dry. We ended up cutting up the giant, very heavy pieces of cardboard, so we could drag them to the dump. I think my lawn is destroyed.

Then this painted gnu wandered into the sandbox and it looks like he left his - very colorful - contributions to what we have been calling - "the world's largest litterbox". 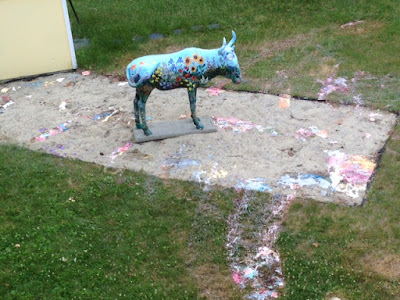 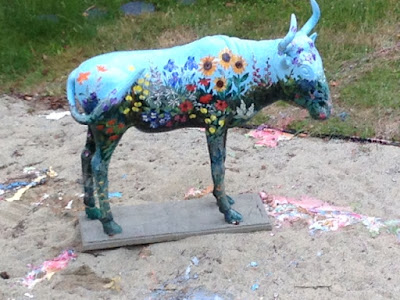 It was a very original way to spend the Summer Solstice, don't you think? I will never look at "Sip and Paint" Parties the same way again!


On Sunday, May 15, 2016, The Concord Monitor wrote an article about the Center for Cartoon Studies and an interview with me! They featured one of my comics on the main page, and the online version of the article showed more of my art as well as photos. 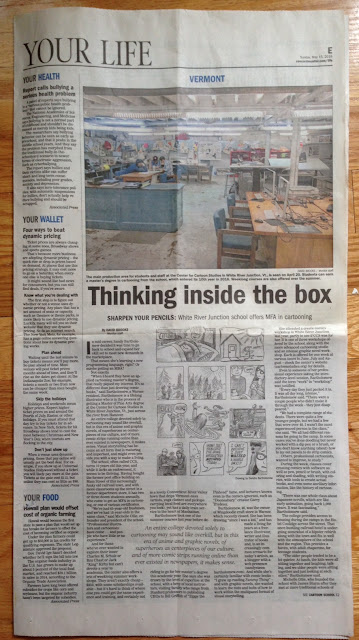 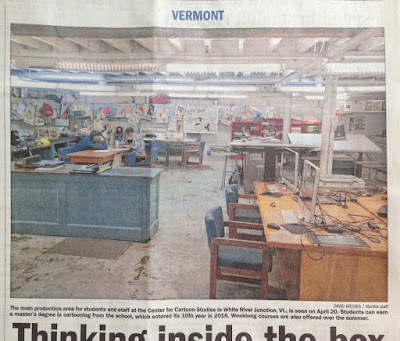 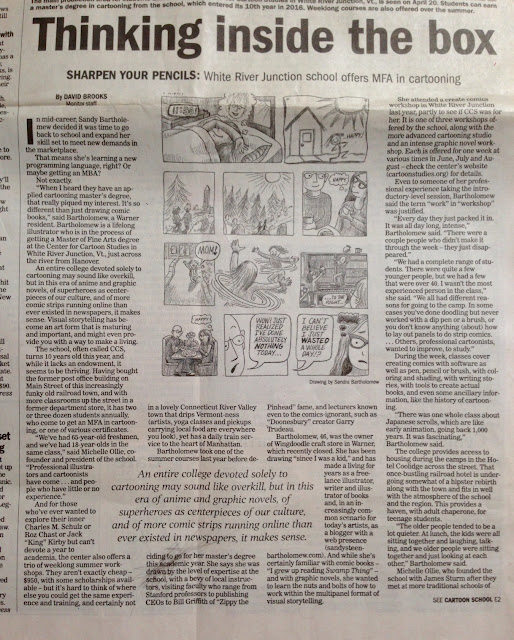 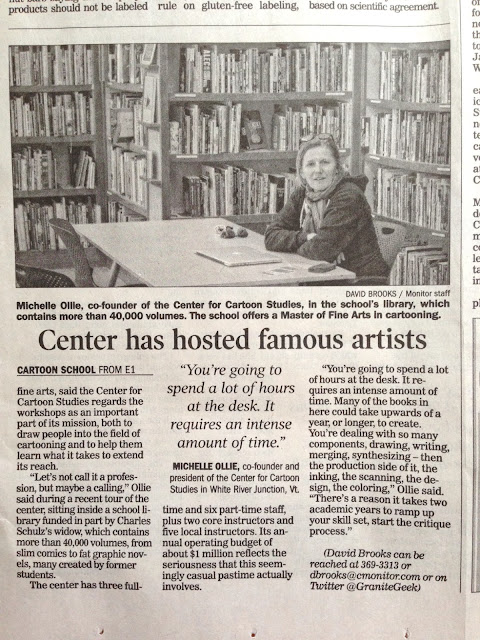 Cartoon School - Come With Me!

I know it's been very quiet over here in The Belfry for the past year. There's been a lot going on though!

I have one more year at The Center for Cartoon Studies and I encourage you to join me for my Senior Year.

I just launched my second Kickstarter project last night. This is similar to the first one - it funds my blog - Glyphs & Glitches - which documents my adventures at Cartoon School.

If you have always dreamed of leaving your boring office job and returning to school to get your Masters in Cartooning...

OK, so maybe that's not practical for you right now - but you can still fulfill your fantasy by backing my Kickstarter project.

You'll get access to my blog - Glyphs & Glitches - where I write about all my experiences, comic projects, classes, the Visiting Artists and the mess-ups too.

But wait, that's not all... you also get PDFs of comics I create at school!

I just launched the Kickstarter last night and I have 19 days to fund the project.
If you can't back the project yourself, please help me spread the word. The link is: http://kck.st/1VyeBke

Posted by Sandy Steen Bartholomew at 12:52 PM No comments: