Kickin' it on Kickstarter!

So - that went well!

The first Kickstarter, for the Quo Vadis - Special Edition - comics went far enough past the goal that I was able to print some extra comics! I picked them up from the printers last week and they look great!! It is very exciting to hold one's OWN PRINTED COMICS in one's hot little hands! 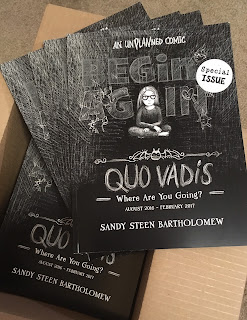 Once I have finished the rest of the issues, I'll start mailing them out.

I have two weeks to finish laying out and drawing the last few comics. I'm getting really... REALLY... nervous!! Not about finishing, but the whole "the End is approaching, graduation... what are you going to do with the rest of your Life...?" That sort of stuff. Although, I did have a really AWESOME interview last week... we'll see what happens, right?

Here are the three covers for the second Kickstarter, BEGin AGAIN: 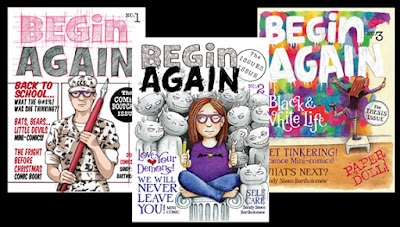 This one has about a DAY left! So if you want this set of comics - go back the Kickstarter ASAP!
There are mini-comics in each Issue AND a pull out print or paper doll. It's going to be SO COOL!!

Back to work!
Posted by Sandy Steen Bartholomew at 12:55 AM No comments:

We got the first part of the Thesis comics funded, now I just launched the Kickstarter for the second part...


It's pretty cool to start right out of the gate as a "Project We Love" - note the heart! I'm also doing this as part of Kickstarter's March Challenge to do one-week projects with just one reward.

What is that reward?
Not ONE, but THREE comics!

I have 150+ pages of comics so far, and more in the works. The "Issues" will be separated into:

If you'd like a printed set of the Three Issues of BEGin AGAIN, they are yours for $35 (plus shipping).

Each magazine will have a bonus Print and a mini-comic bound-in. So - that's actually like getting SIX comics!?! [Whoa, maybe I should Up the price...]


Since this project intends to parody the layout of a Magazine, there will be Ads (pretend and real) and a Contributors page too. My Kickstarter backers will be listed here too.

For more details check out the BEGin AGAIN project!

Here are the three covers that I am still working on... 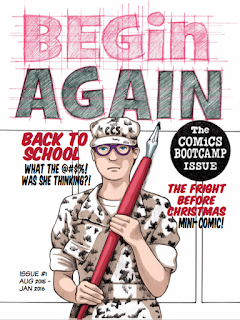 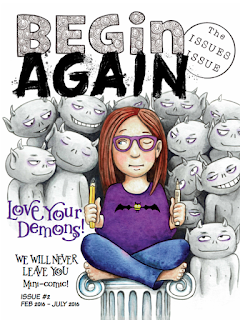 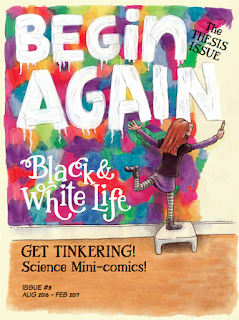 Posted by Sandy Steen Bartholomew at 12:30 AM No comments:

Meanwhile... Back at School...

I'm getting scarily close to graduation and Thesis deadline. Eeeeeek!
On the happy side - I finished one of four comics for that Thesis and just launched a Kickstarter to pay for the printing.

This Kickstarter lasts for just seven days, so go take a look right now! (And Thanks!)

Posted by Sandy Steen Bartholomew at 6:42 PM No comments: