I was trying to think of how to sum up the past... month.
"Things went as expected, but not as I'd hoped."
That's the Optimistic-Pessimist in me. Truth is - the hormones, the surgery, the pain, the PTSD, the insomnia... things have not been going very well. I'm not exaggerating or looking for pity - just, it's been really rough.
An example? At the 7 week post-op exam:
Doctor: "Hmmm... that doesn't look right. Huh. Would you mind if I have my colleague take a look?"
I HAD warned her! I'm not like other people. The tumor wasn't "normal", my body doesn't react to surgery or heal like normal peoples', and my brain doesn't think like normal brains do.

What I really needed was a project. With other cool people. (And by "cool" I mean "total geeks"!) I needed a Purpose and Hope - something to look forward to and work towards.

A while back, I had signed up for the Graphic Medicine ComicCon to be held at the UMass Medical School in Worcester, MA. It seemed so far in the future - surely I'd be all healed up by THEN!? Well, THEN suddenly became NOW and I was in a panic about whether or not I could do this daring thing...
• Leave the house (it's been 4 months!!)
• drive
• be in a crowd
• talk to people 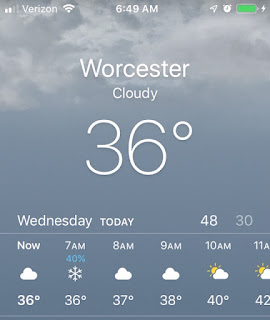 Seriously? It's been warm-ish and sunny for days, and now, it's 36 degrees and SNOWING for an hour!? And I have to walk to the far side of this photo, across a highway and behind a huge parking garage... maybe I should just stay in the hotel and go back to bed? 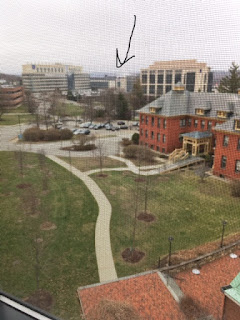 Hey! Did you know that fancy hotels have courtesy taxis on speed dial!? Awesome!

The keynote speaker was Rachel Lindsay, whose new graphic novel is called "Rx" and is about her hospitalization for manic depression. We were all given copies of the book. I was in awe of her bravery - and she's an excellent speaker too. www.rachellivesherenow.com 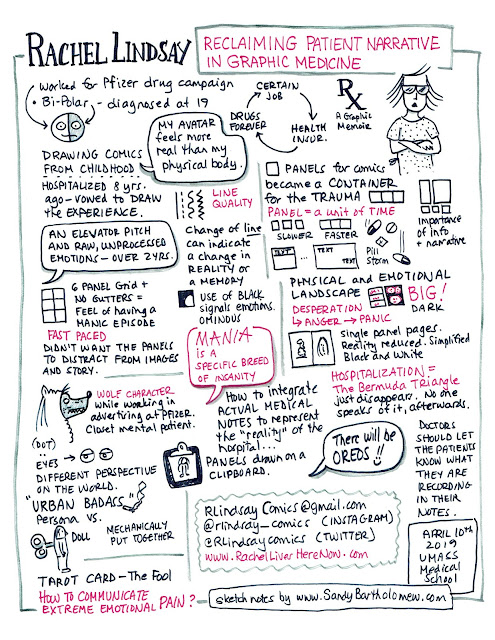 What made my day? During lunch, I went up to her to get my book signed and to give her a copy of my "We Will Never Leave You" comic and some Demon pins. She signed the book and drew her character in it. When I showed her my comic, she said, "I have your comic! I got it at the Graphic Medicine conference last August! But I really want a pin!" So cool!!!

I also went to the workshop about Creating Science Comics with Maki Naro. That was really interesting - his style is fun and I encourage you to take a look at some of his work online (www.makinaro.com) 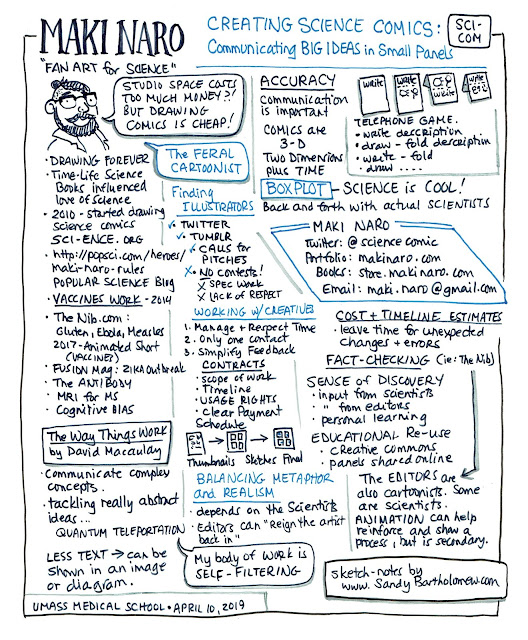 To illustrate the importance of Accuracy, we played a comic version of the game, Telephone (see the upper right corner of the sketch notes). The image below is one of the examples... 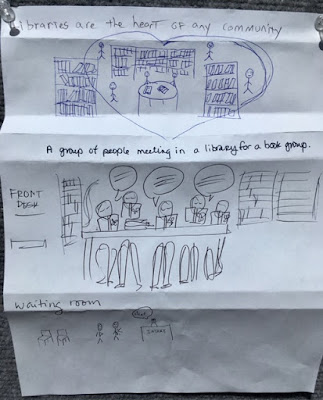 Out in the lobby, there were tables with paper and colored pencils and idea prompts and big boards to post our comics on. The comics also served as entries for the raffle (the prizes were graphic novels of course). 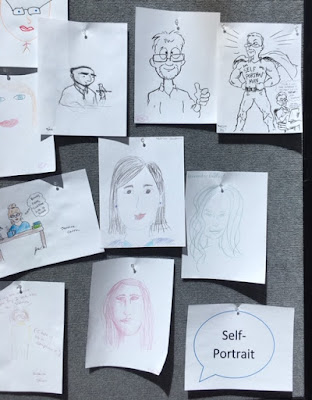 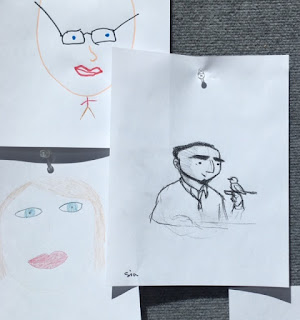 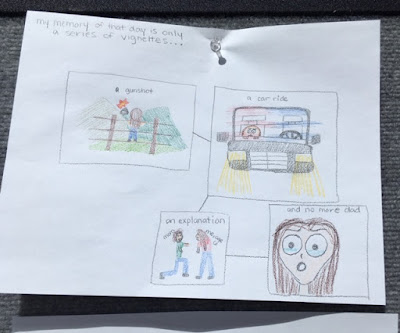 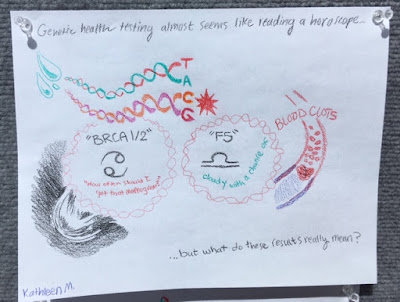 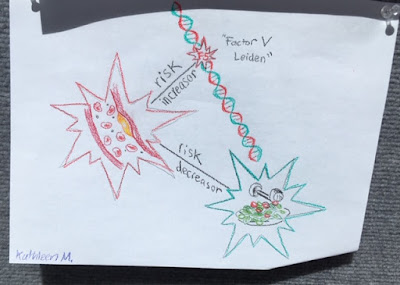 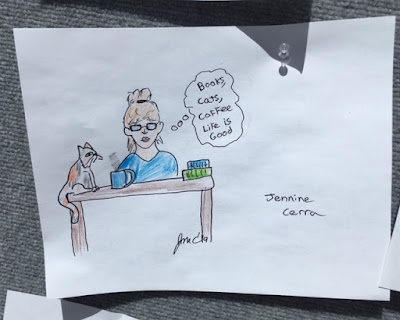 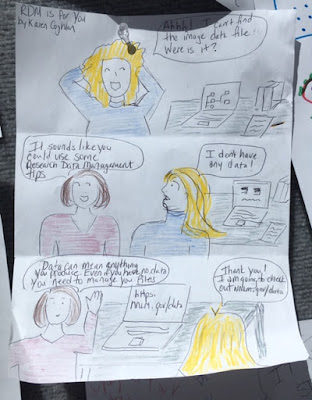 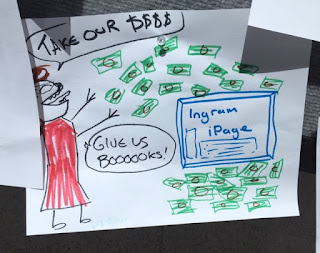 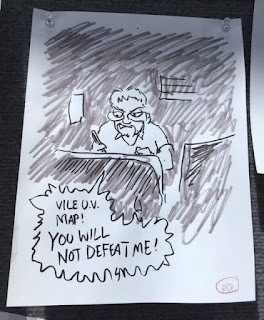 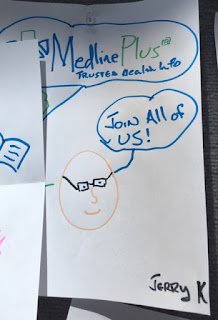 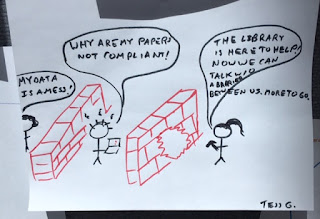 I chatted with people during lunch and walked up to total strangers and said, "Would you like to pick a Demon?" How's that for an ice breaker?! That made it really easy to explain that I'm a cartoonist and illustrator and I draw comics about mental health. I really enjoyed talking with people. There was a mix of medical librarians, HS and college librarians, other medical folks, and a few cartoonists. I couldn't sit for the afternoon lecture, I drew my comic challenge (self-portrait) but ended up staying for the whole conference!

I walked all the way back up the hill to the hotel (hoping I didn't bust anything else internal or external!) and crashed on my bed.

Amazingly - I slept through the night (first time in many, many months) - and when I woke up for a few minutes, very early in the morning - I saw a gorgeous sunrise over the city! (Then went back to bed!) 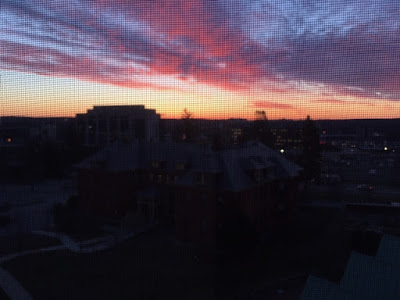